How To Root Huawei Ascend P1 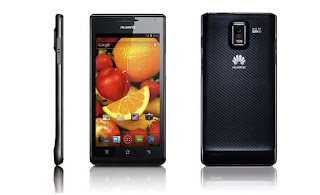 The Huawei Ascend P1 was launched back in May, 2012 and it featured a 1.5GHz Dual-Core processor along with a 1GB of RAM. Specifications of the device are quite good and if you just bough this device, you’d be interested in rooting it. Rooting is a process to gain access to system-level files on your device and once it’s done, you will be able to modify the system-level files. To put it into simple words, you’ll have access to hundreds of apps that require rooted devices. If this sounds good to you, here’s how you can root your Huawei Ascend P1:

I. Before You Begin:

1. Root Package (Download link’s given in the first step)

1. Download and place the Root Package archive onto your Desktop.
2. Extract files from the archive over to your Desktop.
3. Turn ON the USB debugging option on your device by heading to Menu>>Settings>>Developer options>>USB debugging.
4. Plug in your device to your PC via USB cable.
5. Double-click on the hwadb.exe file available on your Desktop and let it do its process.
6. Now double-click on the ubl.exe file and wait till it finishes its process.
7. Unplug your device from your PC.
8. Reboot your device.
9. And you should be rooted now!
Awesome! Your Ascend P1 has been rooted and you will have a new app called Superuser in your App Drawer. You can install the Root Checker app to confirm the root-access on your device!
Article Categories:
How to Root Android · Huawei